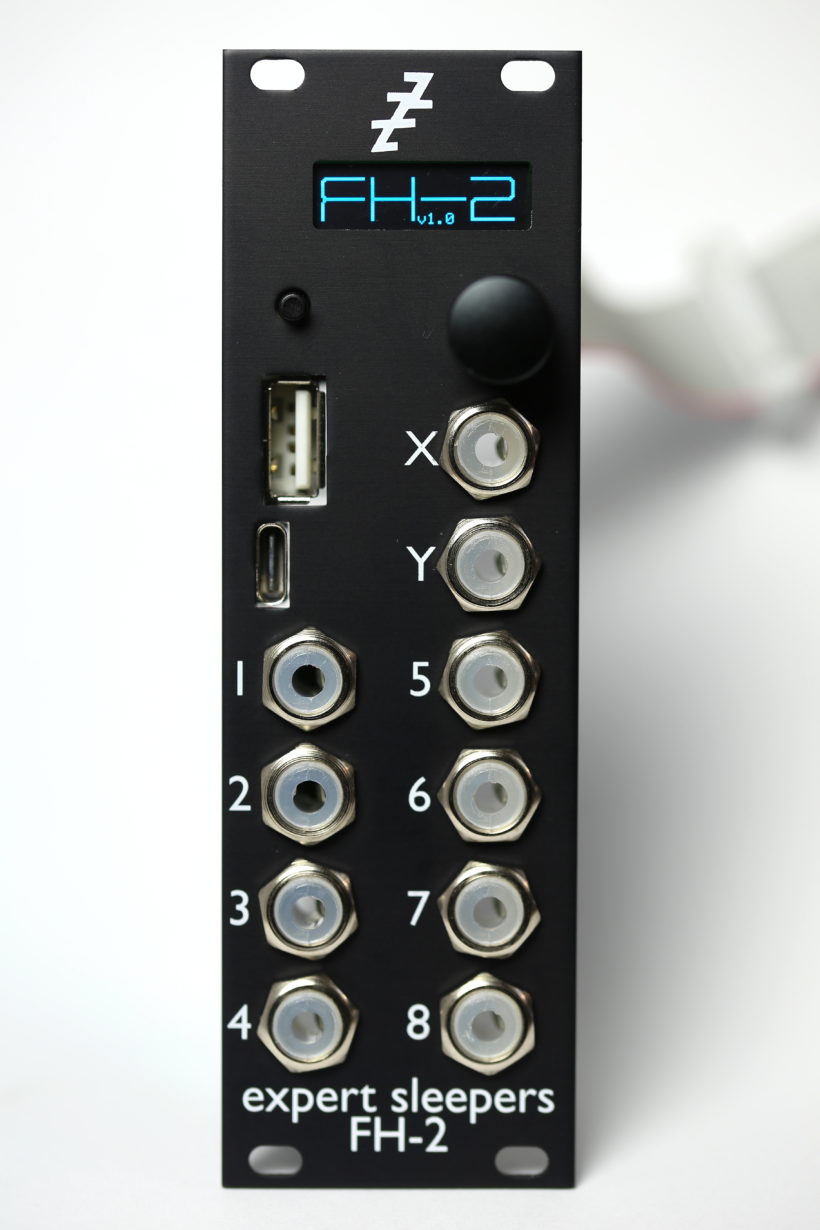 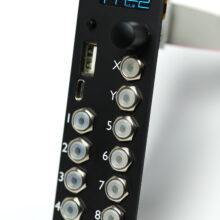 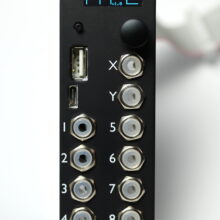 The FH-2 is an 8HP Eurorack module combining the following functions:

The FH-2 has 8 high precision CV outputs, expandable to 64 with the FHX-1 Output Expander. Up to 64 extra gate/trigger/clock outputs can also be added with the FHX-8GT Gate Expander.

The module can be completely configured via its own UI, but a convenient web-based configuration tool is also available here, which communicates with the module directly via MIDI SysEx.

With a MIDI keyboard

With an MPE controller

Up to 16 simultaneous touches converted with full position/pressure/glide etc. per touch.

With a MIDI controller

Up to 64 outputs. Direct control of CVs from faders, flexible and syncable LFOs, triggers from pads etc.

Multiple clock outs at different divisions, run/stop triggers etc. Groovebox, FH-2, or another module can be the clock master.

All of the above, plus SysEx for configuration of the FH-2.

As a clock generator

The FH-2 can operate as the clocking centre of your modular, also generating (syncable) LFOs, with no USB connection.

The FH-2’s specifications are as follows: