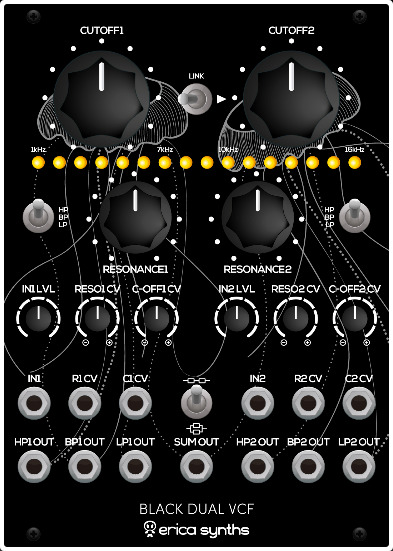 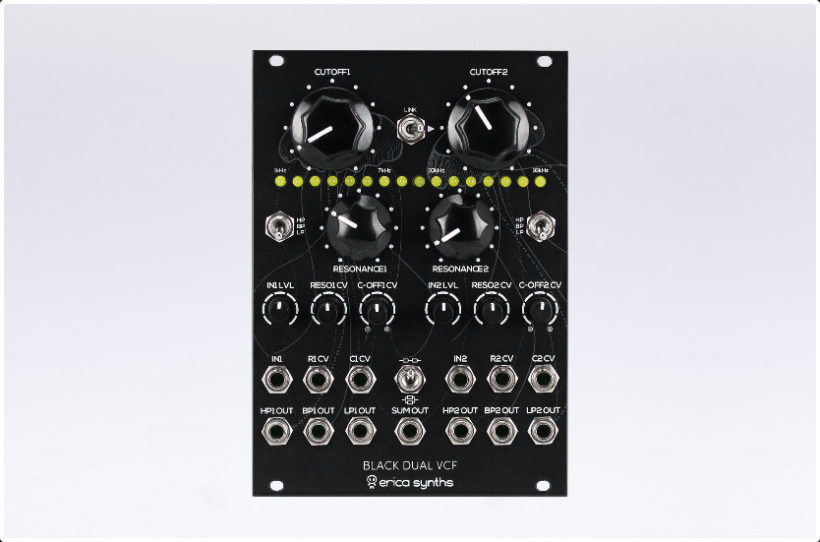 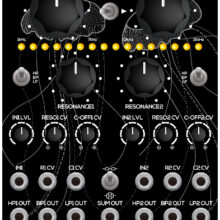 Erica Black VCF is dual multimode filter with CV control over cutoff and resonance for serious modular patches. The core of the VCF is highly stable, custom multimode VCF chip AS3320 (produced in Riga, btw).

It can be used as two independent VCFs with simultaneous HP, BP and LP outputs, controls can be linked for stereo application and both VCFs can be chained in series or parallel to the summing output for ultimate modulations. Bonus feature – 16 band spectrum analyser – gives visual feedback on what happens on summing output.