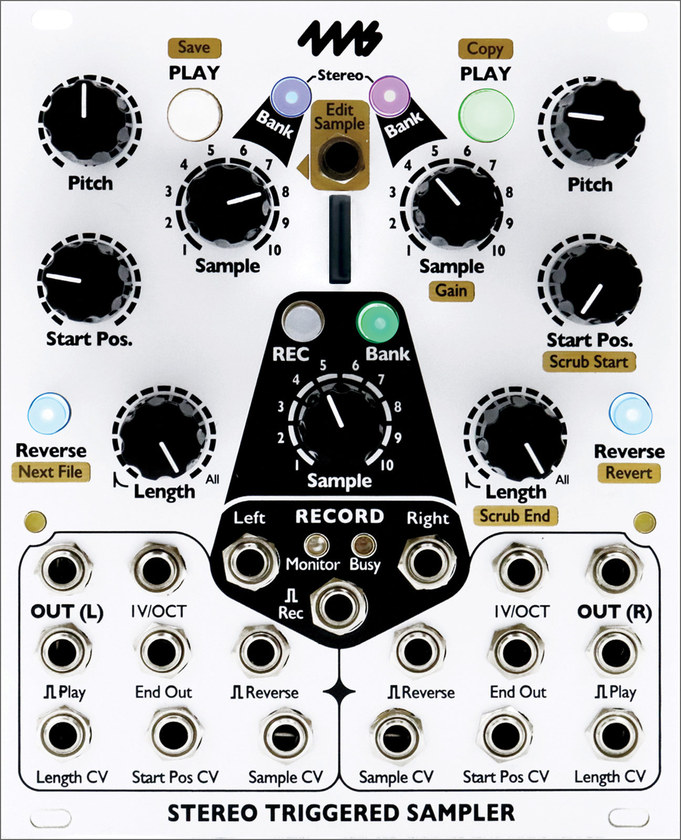 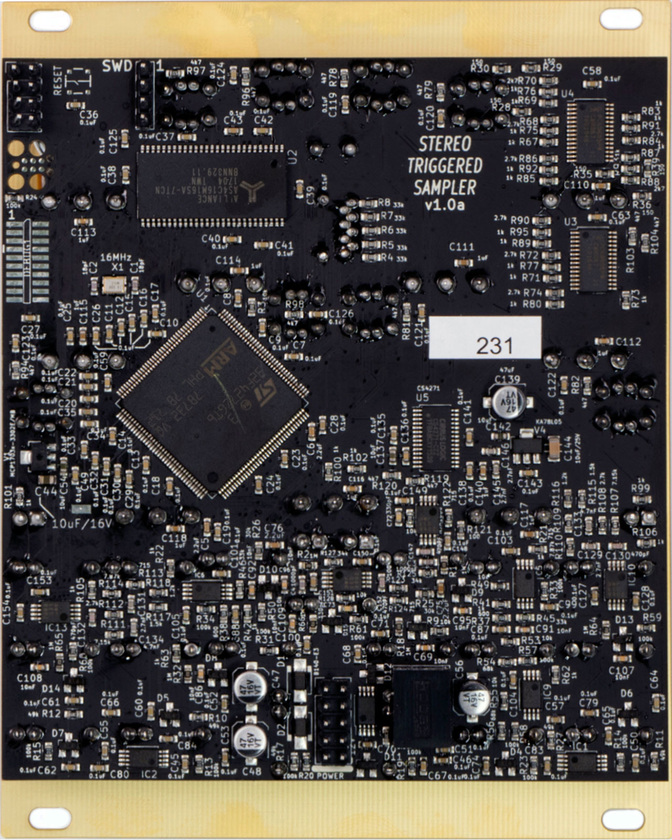 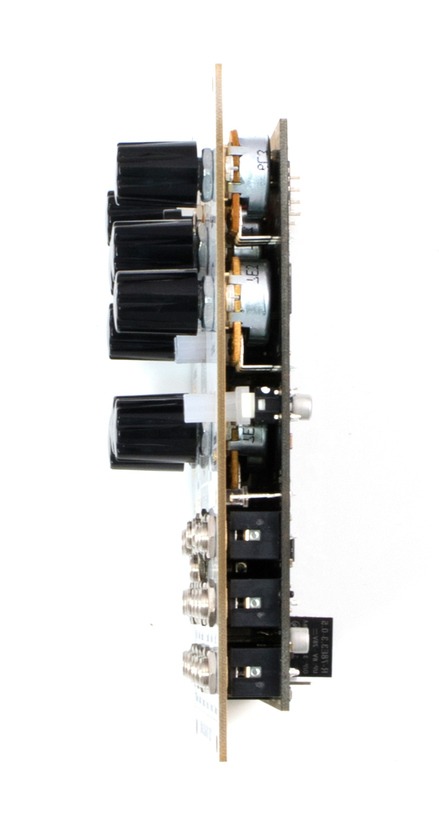 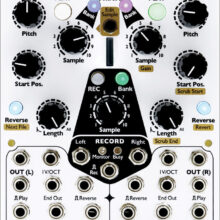 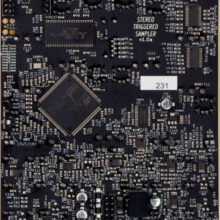 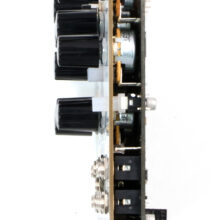 Overview:
A maximum of 600 samples can be loaded at once, arranged into banks of 10 samples each. Samples and banks can be re-arranged on the fly using the simple on-board Edit features. Newly recorded samples can be instantly played back and re-pitched, reversed, chopped up, etc… the result of which can even be bounced down and re-recorded to as a new sample! Sample files are limited to 4GB each, which is over 6 hours at 44k/16b/stereo.

Two independent playback channels:
Each playback channel has a knob and CV jack for Sample File selection, as well as a Start Position knob and CV jack for controlling where in the sample playback will begin. The Length knob and CV jack determine how much of the sample is played back: from tiny grains, to percussive hits, to longer loops… or just the entire file. These are powerful tools for re-arranging a sample, joining multiple samples, and creating dynamically re-sized loops within a larger sample. Combined with the Play Trigger jack and the 1V/oct jack, the STS can be two complete multi-timbral pitch-tracked stereo voices!
There’s also a Reverse button and jack for backwards playback, and an End Out jack for synchronizing loops, or cascading sample playback with other events.

Recording channel:
Whether you patched 47 modules to create the ultimate percussive blast, or you want to capture your four hour ambient performance, recording high-quality .wav files on the STS is simple. Just hit the REC button or fire a trigger and a new stereo .wav file will be created on the SD card. Do as many takes as you need: the STS never deletes your files. Re-ordering or re-arranging samples into banks is easy, even without a computer.
You can even fill a bank with 10 different variations and immediately use them for playback.
By default the STS records at 44.1kHz/16-bit, with an option for 24-bit (a future update may increase the sample rate to 96kHz)

File Organization:
Using a computer is completely optional with the STS, since samples can be recorded directly to the module and placed into the bank of your choosing. But for users with large existing sample banks, the intuitive automatic bank loading features make dragging and dropping your entire sample library a snap. You never have to rename your files again!

Included with the STS: